English physicist, mathematician, and formulator of the laws of motion and universal gravitation

Sir Isaac Newton was an English physicist and mathematician. He laid the foundations for most of the classical mechanics of physical laws and formulated the laws of motion and universal gravitation, many of which are still used by scientists today. Newton is also responsible for observing a theory of colour which stated that a prism could decompose white light into the colours of the visible spectrum. 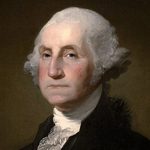