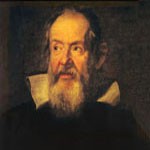 Galileo Galilei was an Italian astronomer and philosopher who made many significant contributions to modern science. Among his advancements were the telescopic confirmation of the phases of Venus, the discovery of Jupiter’s four largest satellites (since named the Galilean moons) and his continuous support of heliocentrism. Galileo also developed early forms of the thermometer, telescope and the geometric compass. 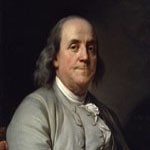