In 1935, with a doctorate in art history and no prospect of a job, the 26-year-old Ernst Gombrich was invited to attempt a history of the world for younger readers – his Little History of the World. Amazingly, he completed the task in an intense six weeks, and Eine kurze Weltgeschichte für junge Leser was published in Vienna to immediate success, and is now available in twenty-five languages across the world. Toward the end of his long life, Gombrich embarked upon a revision and, at last, an English translation.

A Little History of the World presents his lively and involving history to English-language readers for the first time. Superbly designed and freshly illustrated, this is a book to be savoured and collected. In forty concise chapters, Gombrich tells the story of man from the stone age to the atomic bomb. In between emerges a colourful picture of wars and conquests, grand works of art, and the spread and limitations of science. This is a text dominated not by dates and facts, but by the sweep of mankind’s experience across the centuries, a guide to humanity’s achievements and an acute witness to its frailties. The product of a generous and humane sensibility, this timeless account makes intelligible the full span of human history. An illustrated edition of this title is also available.

We all grow up incessantly asking our parents, teachers and peers ‘why’, ‘what’ and ‘how’. Some people never stop. In the illuminating and very readable A Little History of Philosophy, Nigel Warburton tells us about 40 of the most special questioners and their key ideas, taking us on a rip-roaring journey through the history of Western philosophy. The questions are timeless – How do I know what’s real? Is it ever right to lie? Why should I care about others? What does it mean to be free? – and also of urgent importance to the way we live now: How should we treat animals? Can computers ever be intelligent? What do we owe to poorer people in far-off lands?

One of the ways philosophers consider the knottiest ethical problems is by using thought experiments. One of the most famous is about a runaway train – explored in Chapter 37. Imagine that you see it one day hurtling out-of-control down the tracks towards five workers. It’s going far too fast for them to get out of the way in time, and they will surely die. However, there is a fork in the tracks just before the men. On the other line there is one worker who would get squashed. You are close enough to the points to flick the switch and divert the train. Should you?

There is no right or wrong answer – some think it’s right that one should die instead of five; others say it’s wrong to ‘play God’ and divert the train – but a good life is one in which we ask ourselves these sorts of questions. A Little History of Philosophy is an enlightening, witty book, that will help you to do so too. 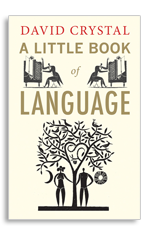 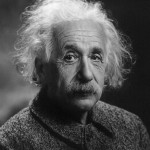