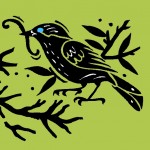 Tom Duxbury grew up in rural Yorkshire, close to the same ‘wild and windy moors’ familiar from Emily Bronte’s Wuthering Heights, which meant that his family home was always filled with stories – especially ghostly ones. As well as taking inspiration from gothic literature, Tom is also interested in traditional fairytales, mythical legends, biblical fables and folklore.

After studying Illustration at the University of Brighton Tom identified a love for colour, print and pattern. Although often inspired by dark themes, most of his work enjoys a bright and simplistic visual vocabulary, mixing traditional and modern techniques of image making.

In his spare time, Tom loves exploring places with his camera, sailing in Scotland with his dad and collecting old 1920s and ’30s black and white films’.

A LITTLE HISTORY OF THE WORLD
E. H. Gombrich’s bestselling history of the world tells the story of mankind from the Stone Age to the atomic bomb, focusing not on small details, but on the sweep of human experience – and the depth of its frailty. 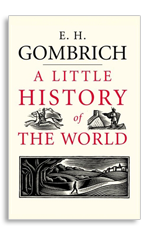 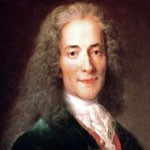