Gordon Allen grew up in Baltimore, Maryland. Loving the etchings of Rembrandt, he taught himself how to etch through trial and error, and established a business, selling through several galleries across the United States.

For many years, Gordon has divided his time between etching and painting. He also occasionally illustrates books that interest him!

Some of his most loved subjects are Maryland’s Eastern shore and the salmon rivers of Atlantic Canada where he has spent many summers. He resides in Chapel Hill, North Carolina with his wife, two dogs and a filthy cat.

A LITTLE HISTORY OF SCIENCE
Ranging from Babylon to bosons, from astrology to astrophysics, this chatty account covers not only the world of science but also the scientific history of the world. 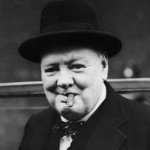