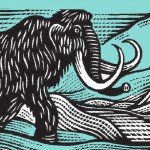 Clifford Harper was born in 1949 in a working class neighbourhood of West London. His father was a postman and his mother a cook. After a desultory education, expelled from school at 14, with a 2 year probation sentence, he began a series of low paid jobs.

As a teenager he was drawn to the ideals of anarchism and a growing involvement in the ferment of the 1960s led him in 1968 to ‘turn on, tune in and drop out’. Having first joined a commune deep in Cumberland border country, in 1969 he was one of the founders of the famous Eel Pie Island commune, once described as ‘on the edge of anarchy’.

In the 1970s he became further involved in anarchist activity and began to work as an illustrator, mainly for the radical movement, and this led gradually to more mainstream work.

Since the 1980s his work has appeared regularly in all major newspapers in Britain and in the last few years he has become one of the Guardian’s most popular illustrators.

A Little History of the World

In 1935, with a doctorate in art history and no prospect of a job, the 26-year-old Ernst Gombrich was invited to attempt a history of the world for younger readers. Amazingly, he completed the task in an intense six weeks, and Eine kurze Weltgeschichte für junge Leser was published in Vienna to immediate success, and is now available in twenty-five languages across the world.

More about A Little History of the World 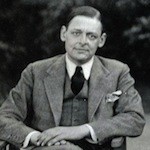