More from the Yale blog

There are few things more rewarding than completing a difficult jigsaw puzzle. Alfred Wegener was a prominent scientist  and geologist who solved one of the biggest puzzles on Earth, he suggested a theory called ‘Continental Drift’ which ex … 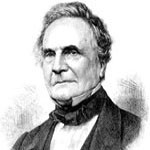